As promised JD ❤ Rare Earth Elements are essential to a number of agendas. All these seemingly disparate or tenuous links when read together form a picture of how we may live in the very near future.

The Monetization of Nature

The Wrong Kind of Green

The Gift that Keeps on Giving To the Ruling Elite: Cognitive Dissonance

The Gift that Keeps on Giving To the Ruling Elite: Cognitive Dissonance

“It’s been interesting defending my article “Not This Kind of Green” on social media.”

Prince Charles tells the bankers: Save our planet

Prince Charles today urged big business and the City to help save the planet by ploughing “trillions of pounds” into schemes that protect the environment and promote a sustainable economy. Speaking exclusively to the Standard, Charles, right, insisted that sustainable — but profitable — investment was key to combating climate change and preserving biodiversity.

If the Royals were still being paid by the long-established Civil List, they would not benefit from the energy auction. But in 2012 this changed and the Queen now gets 25 per cent of the estate's profit.

That means Prince Charles will inherit all of that! Keep pushing the green

Prince's actions amount to ‘serious conflict of interest’, says former chairman of the Committee on Standards in Public Life

oops!  Prince Charles is part of the NWO

The Misanthropic Bankers Behind the Green New Deal

The Misanthropic Bankers Behind the Green New Deal

A vast sweeping change towards a “green economy” is now being pushed by forces that may make an educated citizen rather uncomfortable. Of course, news…

When we begin to pull back the curtain we quickly run into figures like Prince Charles, who recently met with the heads of 18 Commonwealth countries to consolidate climate emergency legislation which was promptly passed in the UK and Canadian Parliaments. At the end of the meeting Charles said that we “have 18 months to save the world from climate change” and called for “increasing the amount of private sector finance flowing towards the supporting sustainable development throughout the commonwealth”.

Globalisation and the Ruling Elite

The Manufacturing of Greta Thunberg – for Consent: The Green New Deal is the Trojan Horse for the Financialization of Nature [ACT V]

The Manufacturing of Greta Thunberg – for Consent: The Green New Deal is the Trojan Horse for the Financialization of Nature [ACT V]

The implementation of payments for ecosystem services (the financialization and privatization of nature, global in scale) is “expected to be adopted during the fifteenth meeting in Beijing i…

Cortez explaining why she ran for her seat at 9mins 42 seconds.

The’ New Green Deal’, ironically the use of REE in the manufacture of certain wind turbines is far from’ Green’ and is highly toxic to us and the planet these people claim to love.

Kitty, my research has led me to strip mining in an ancient forest with delicate ecosystems. That will never return once this starts happening. Correction is happening.  Those solar panels are very polluting to make. 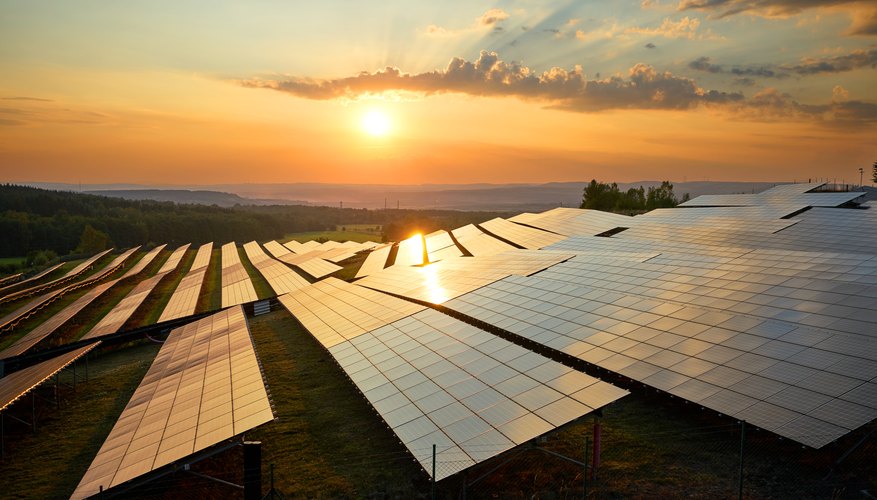 During manufacture and after the disposal of solar panels, they release hazardous chemicals including cadmium, silicon tetrachloride and lead.

Highly toxic "rare earth elements" power our smartphones, electric cars, and renewable energy centers. Yet they're nowhere to be seen in the Green New Deal.

First, mining and refining the elements is highly toxic. Rare earths are (confusingly) not rare geologically, but the ores often contain radioactive elements like uranium and thorium. Separating the elements into pure metals useful for manufacturing is also difficult. (The quantum properties that make the rare earth elements so useful for electrical and magnetic applications are also what make them hard to disentangle from each other.) The byproducts of the extraction process include dangerous gases and radioactive wastewater, which is usually stored in tailings ponds.

From my understanding and I sent my husband to oil drilling in Canada is what’s called mud. It’s the water, the proprietary chemicals that help break up materials in the earth. They get pumped out into a tailing pond, where they may be aerated and dispersed into the air and will come down when it rains.  Yes, it’s toxic as hell, but that’s your problem now.

The Geo-Politics of REE
https://worldview.stratfor.com/article/geopolitics-rare-earth-elements

The Geopolitics of Rare Earth Elements

These not-so-rare but still increasingly important members of the periodic table are causing supply chain quandaries for global powers including China and the United States.

Directed Energy Weapons are super powerful lasers and blasts of concentrated energy that can take out aircraft, missiles, drones, communications, electronic systems and incoming ICBMs. Many U.

The use of Rare Earth Elements in Directed Energy Weapons.

Kitty, it blew my mind as it brought me to the war of the worlds and then reminded of Michael Crichton’s book Prey about Nanotechnology has gone wrong.

How China Could Shut Down America’s Defenses

How China Could Shut Down America’s Defenses

Advanced U.S. weapons are almost entirely reliant on rare-earth materials only made in China—and they could be a casualty of the trade war.

This scares the stuffing out of me, they did it to Japan in a snap!  Stop selling to foreign governments!  We all want less government in our lives but this has to be regulated.

While the US is standing fast on its removal of Turkey from the F-35 program, DoD Acquisition czar Ellen Lord says there no decision has been made yet about FMS sales.

at least they are waking up Kitty

Rare earths: Is there a case for government intervention? — United States Studies Centre

Chinese authorities have hinted that they may use their dominant position as a supplier of rare earths and associated manufactured goods to retaliate against US restrictions on high technology exports to China. China is responsible for between 80 and 90 per cent of processed rare earths and products such as powerful rare earth magnets.

Dueling Superpowers, Rival Billionaires. Inside the New Race to the Moon

Kitty, I’m very excited about going back to space, as a kid in the ’60s and 70’s watching the Apollo missions gathered around one TV was so exciting. The new adventurers to plant flags on the moon and beyond.

U.S. space exploration inspired a generation of students and innovators, but NASA’s role has diminished, and the number of global space competitors is growing.

Smart Cities Planned Opolis and You .

“Smart Is Not Smart Enough!” Anticipating Critical Raw Material Use in Smart City Concepts: The Example of Smart Grids

Globally emerging smart city concepts aim to make resource production and allocation in urban areas more efficient, and thus more sustainable through new sociotechnical innovations such as smart grids, smart meters, or solar panels. While recent critiques of smart cities have focused on data security, surveillance, or the influence of corporations on urban development, especially with regard to intelligent communication technologies (ICT), issues related to the material basis of smart city technologies and the interlinked resource problems have largely been ignored in the scholarly literature and in urban planning. Such problems pertain to the provision and recovery of critical raw…

Peace and Harmony until the bottom drops out. Did you ever see those abandoned concert apartment houses in Europe?

broadcasting on no lies radio!

A number of interesting articles including Smart Cities.

Smart Meter banned video .
The use of Smart Meters in Mass Surveillence.
A always follow the money

Part 2 to include the Singularity . AI . Face book and what it means to be Human
Kitty ❤❤❤

Wow, we are really onto something, kitty! We are getting a bigger picture of the cause of this globalism crapola. You did a fantastic job as always.  There still plenty of meat on the folks! We will be bringing you more.

Egypt’s Lost Labyrinth & the Pyramid of Amenemhet III at Hawara

View all posts by kitty →