A quote from the Daily Mail article.

“During his ten-year career in the military, outside the Royal bubble, he had learnt not to make snap judgments about people based on their accent, education, ethnicity, class or profession.’

The Duke of Sussex has spoken candidly about the effects of “unconscious bias” on racism, warning people must understand how their upbringing and environment causes them to be prejudiced without realising it.

Harry Markle formerly known as Prince has apparently learned nothing about the world from his time in the army. Calling one of his colleagues “our little paki friend ” and describing another as looking like a “raghead ” is rather more conscious bias on his part. Obviously making an apology after the fact and the exposure of yet another “gaff ” gave him the ability to lecture the world on our “unconscious ” bias.

The footage, captured around 11.30pm on Saturday night, shows the man stepping out of his vehicle on the I-35 and confronting the activists who are refusing to let traffic pass.

Oh yeah, I saw this asshole and posted a video on these animals in Salty Cracker video.  The stupid animal doesn’t know anything about guns.

BLM and The Great Reset- Killer Kitty Links! It will blow your mind! – jerseydeanne

The Black lives Matter Website . The Black lives Matter Mission Statement /Vision . https://blacklivesmatter.com/what-we-believe/ Part of the BLM vision statement : claims that black people are “extended families and ‘villages’ that collectively care for one another, and especially ‘our’ children…” It explicitly rejects the notion that any other section of society has the right to raise grievances of its own. Its group history page notes: “Not just all lives. Black lives. Please do not change the conversation by talking about how your life matters, too.” Founders of BLM BLM describes its own founders as “three radical Black organizers” named Alicia …

PDF | One of convicted pedophile Jeffrey Epstein's most prevalent guests to his premises were, according to media reports, MIT Marvin Minsky ('the... | Find, read and cite all the research you need on ResearchGate

How useful is a dissociative state in a child when being abused? 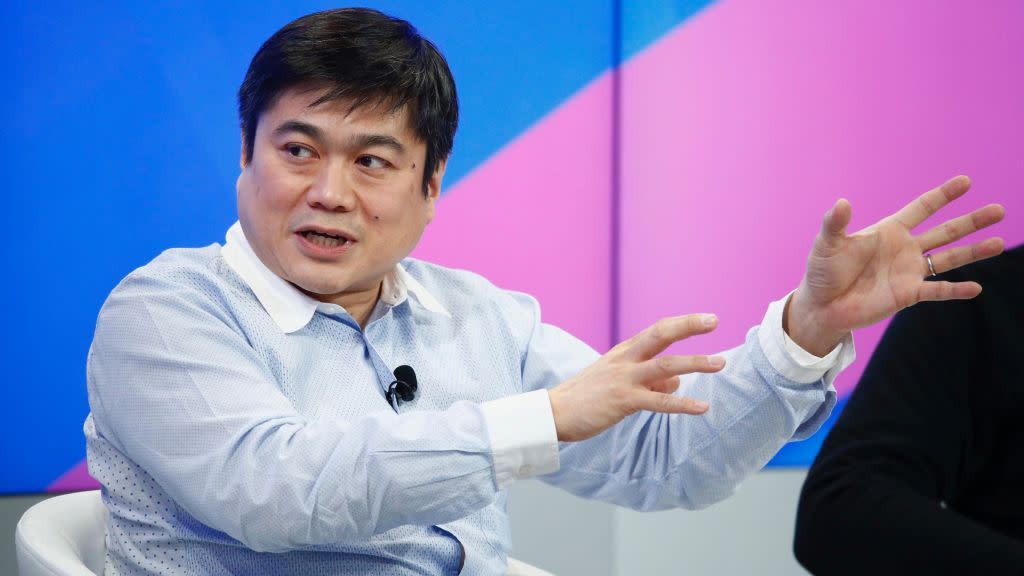 Joichi Ito, director of MIT's Media Lab, resigned after The New Yorker published an investigation into his attempts to conceal contributions from Jeffrey Epstein.

After Saying Sex with Minors Is Not Always Sexual Assault, MIT Scientist Resigns

Fallout from the school's association with Jeffrey Epstein continues.

Jeffrey Epstein and the Collapse of Europe - CounterPunch.org

With the slew of reporting on Jeffrey Epstein’s recent arrest on federal charges for sex trafficking of minors, many sordid details of the money manager’s wrongdoings have been revealed. However, few reports have focused on the fact that Epstein has funded some of the most famous scientists in the world. If we look closely at More

The bitcoin worries me, is this how the Chinese were paying off scientists?  Also, Marvin died of a cerebral hemorrhage, hmm.  JD

Part of the BLM vision statement :

claims that black people are “extended families and ‘villages’ that collectively care for one another, and especially ‘our’ children…” It explicitly rejects the notion that any other section of society has the right to raise grievances of its own. Its group history page notes: “Not just all lives. Black lives. Please do not change the conversation by talking about how your life matters, too.”

Founders of BLM
BLM describes its own founders as “three radical Black organizers” named Alicia Garza, Patrisse Cullors, and Opal Tometi, who “created a Black-centered political will and movement building project… in response to the acquittal of Trayvon Martin’s murderer, George Zimmerman.”

The Complex Funding and Ideology of Black Lives Matter

Many people might not realize that Black Lives Matter is a distinct political organization, not just a slogan or social media hashtag.

There is a lot more to this amazing post by Kitty, please click on to read more

END_OF_DOCUMENT_TOKEN_TO_BE_REPLACED

Look carefully at the pyramid . We, the debt slaves are the foundation of the control system . Without us non of this would be able to exist , all we have to do : is drop the pyramid!
Drop the pyramid , it was us all along who had the power to be free .
Rise Like Lions !

The political poem “Mask of Anarchy” was written by Percy Bysshe Shelley, following the Peterloo Massacre in 1819 when pro-democracy and anti-poverty protesters in Manchester were brutally dispersed by armed cavalry. This is a powerful call for freedom, political representation and nonviolent resistance against oppression. These are its final verses:

And that slaughter to the Nation
Shall steam up like inspiration,
Eloquent, oracular;
A volcano heard afar.

And these words shall then become
Like Oppression’s thundered doom
Ringing through each heart and brain,
Heard again — again — again–

Rise like Lions after slumber
In unvanquishable number–
Shake your chains to earth like dew
Which in sleep had fallen on you–
Ye are many — they are few.

I wish people would comment more , do more about this abomination . Join Citizen Go and sign the petitions they start against what are incursions and a continuing war against family , and the very foundation of what a civilized society is based on .

The sacredness of life itself is being eroded to the point that no one will be safe . This lack of humanity will affect our most vulnerable at both ends of the age scale . Our elderly will be the next to be treated in this callous and foul way , in fact they already have been : the “Pandemic ” and house arrest under which our most vulnerable members of society were placed and the treatment they received during this time should alert us all as to how little life is valued in what is becoming a sick and morally compromised society .

The word “product of conception ” is a medical term used rather than the emotive “baby ” it distances the perpetrators of what should be considered a heinous crime from the full import of their actions .

If the general public could see what happens during a termination , and after a live birth I can only hope they would and should be so horrified they would be using their considerable powers to stop this
We need to take a long hard look at ourselves and question where we are going .
All life is sacred , if we fail to preserve that sacredness not one of us is safe

This is in response to Qanon’s post about Bishop Vigano’s letter to Trump.

Everyone is getting involved.  We have more coming up from another anon.  I think Q wants us to talk about like reasonable adults.

The website is really cool! You can put money into your account to tip the posters.  You can transfer up to $500 bucks!

There is no censorship, which is very refreshing, considering these big tech giants want to silence your voice. Like I’ve always said, you don’t like what someone is saying scroll on.

I love that the Q movement is going there in droves to get away from Twitter censorship of free speech and limiting how many people you can follow. All your favorites are there!

The Big Tech is doing all of this to censor an election because they are biased and in the pocket of NWO type scoundrels.

I say to run there as fast as you can, and why not make a buck or two posting your stuff.  Your time is worth money, why should the big Tech giants laugh all the way to the bank?

Why let these Big Tech Giants make money on your words?

Parler is an unbiased social media focused on real user experiences and engagement. Free expression without violence and no censorship. Parler never shares your personal data.

Coming soon, Kitty is doing a deep dive into ANTIFA! It’s more than Georgie Progie Puddin Pies. I look forward to her report. Don’t forget to read the kitty links.

More of the NEW WORLD ORDER bullshit, you better obey or else!

We never thought it would happen so quickly.  Reblog her reports!