The Australian Federal Police has opened the door to prosecuting reporters and media organisations for publishing secret government documents, in a dramatic escalation following twin raids on high-profile journalists in Sydney and Canberra.

Acting AFP commissioner Neil Gaughan also revealed police told the Coalition they planned to investigate the leaking of sensitive material more than a year ago but denied he or his officers ever updated the government on developments.

“I need to emphasise in the strongest possible terms that the government [has not], nor any minister … directed the actions of these investigations,” he said.

“We did not provide regular updates on operational activities, nor did we tell them we have obtained search warrants and planned to execute these warrants.”

Under repeated questioning, Mr Gaughan suggested a crime had been committed by publishing classified documents and said he was “not going to rule in or rule out anyone subject to further charges”.

He said search warrants executed on News Corp journalist Annika Smethurst and the ABC – which relate to separate matters – were conducted as part of investigations into alleged breaches of the Crimes Act that cover not just the leaking of material by commonwealth officers but also publication of the material.

Asked whether it was a crime to publish the leaked documents, Mr Gaughan replied: “Yes, it can be”, but noted there might be public interest exemptions under federal law.

When pressed on whether it was his intention to prosecute media organisations, he said: “We have not made a decision.”

The comments will spark outrage from Australia’s major media companies, which have already condemned the raids on Smethurst’s Canberra home on Tuesday and the ABC’s Ultimo headquarters on Wednesday.

Press raids are proof Australians deserve more scrutiny of their government, not less

“I reject the claim over the last few days we’re trying to intimidate journalists or conduct a campaign against the media,” Mr Gaughan said. “The AFP is a strong supporter of press freedom. The media plays an important role in today’s society in keeping the Australian community informed.”

Smethurst on Thursday said she felt intimidated by the raid on her home, which involved police going through her underwear drawer in search of a USB drive.

Mr Gaughan claimed the AFP took “additional care to protect the confidentiality of other personal or professional information that was not subject to the warrant”.

Asked how rifling through the underwear of a female reporter constituted extra care, the acting commissioner said that was “standard procedure” during the execution of search warrants.

“We were looking for USBs. By their nature, they’re quite small and quite easy to conceal in different locations. That’s why the search was conducted in accordance with our standard procedure in that we would always search for those particular locations. 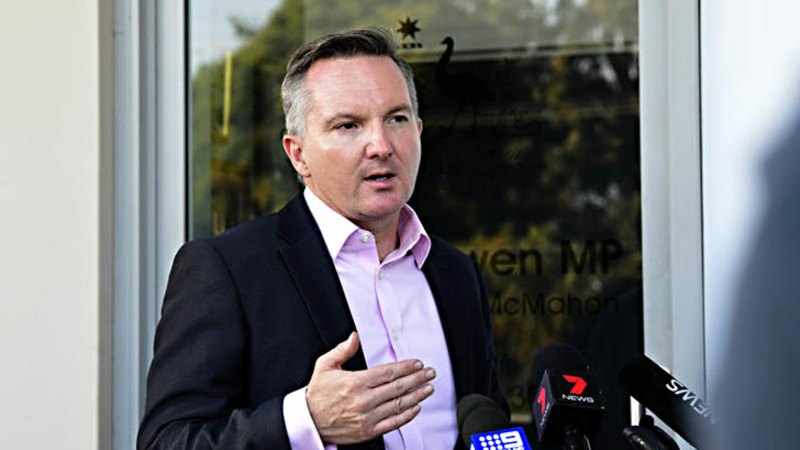 The ABC’s Sydney headquarters has been raided by federal police, fuelling fears that press freedom is under attack.

“We ensured, due to her privacy, when that search of that particular location in her house was undertaken, it was done by two female officers.”

Mr Gaughan also raised the prospect of further raids on media organisations in the coming days or weeks. It is understood the AFP recently notified News Corp of plans to execute search warrants on the media group’s Holt Street headquarters in Sydney.

“I’m not going to give a blow-by-blow description [of] where the investigation is at, and nor would you expect me to,” Mr Gaughan said.

If you aren’t worried about the ABC raids, here’s why you should be

“The investigation is complex and ongoing. Potentially, we may do more search warrants.”

He said the warrants on Smethurst and the ABC were deliberately executed on consecutive days because that was when the AFP had the most resources available and  denied the timing of the May 18 election factored into the AFP’s decisions about when to apply for and execute search warrants.

“I made the decision of timing. That was my decision.”

He stressed police never updated the government about the investigations but noted he “would be surprised if our investigators at some stage did not have some conversations” with the Defence Department, which referred the leaks to police.

Media raids: what we know

PUBLISHED BY THE AGE.
https://www.theage.com.au/politics/federal/afp-opens-door-to-prosecuting-journalists-after-raids-denies-government-interference-20190606-p51v77.html
This is interesting as the PM of Australia is out of the Country meeting the queen.  Now, in my opinion, these Journalists have something that the government doesn’t want us to know and that’s why the AFP was instructed to carry out these RAIDS.
felix2001😊❤️🙏👍
Advertisements