The prosecutor made a good start in the Court of Appeal on Thursday, strongly backing the man whose testimony saw George Pell found guilty of child sex crimes, but then he made a mistake – he let slip the name of the cardinal’s victim.

Now in his 30s, the witness told Pell’s trial last year that he and a fellow choirboy were 13 when, in December 1996, Pell attacked them in the priests’ sacristy at St Patrick’s Cathedral in East Melbourne. Pell was then the archbishop of Melbourne.

But then, when referring to a transcript, Mr Boyce said the victim’s surname aloud

Victims of sexual assault cannot be publicly identified and when the man gave evidence at Pell’s trial he did so to a closed court.

The appeal hearing is being livestreamed on the Supreme Court’s website but is on a delay of 15 seconds, and the prosecutor’s gaffe was picked up in time, and the livestream feed muted.

The prosecutor had begun on the front foot at the start of Thursday’s hearing.

Mr Boyce said the victim was a credible, compelling witness who should be believed.

‘‘He was clearly not a liar. He was not a fantasist. He was a witness of truth,’’ he said.

Pell, who is almost 100 days into a six-year prison term for that assault, returned to court on Thursday, dressed all in black save for a white clerical collar.

His lawyers argue the guilty verdicts on all five charges a County Court jury reached last year are unsafe, as the jury should have had a reasonable doubt.

In response, Mr Boyce said the prosecution case against Pell was based on the accuser’s evidence, and told the appeals judges the victim had withstood ‘‘searing’’ cross-examination over eight or nine hours of evidence at trial.

Mr Boyce was far less assured before the judges than Pell’s lawyer, Bret Walker, SC, was on Wednesday, and his submissions were punctuated by pauses and the odd stammer, especially after his slip-up.

At one point he acknowledged he was ‘‘attempting to make a point, not particularly well’’.

He was also challenged by the judges with regular questions.

Asked if the judges should question whether the accuser was lying or his allegations against Pell were an involuntary act of fantasy, Mr Boyce answered: ‘‘Absolutely.’’

But he said the victim’s evidence was not only compelling, it was supported by a knowledge of the layout of the sacristy, the room in the cathedral where the boys were sexually assaulted.

‘‘He said he had never been in that room before [the assault],’’ Mr Boyce said.

The prosecutor also cast doubt over the alibi that Mr Walker stressed upon the court on Wednesday, that the then Archbishop of Melbourne was on the front steps greeting parishioners after the Sunday mass, and so therefore couldn’t have been in the sacristy.

Justice Chris Maxwell said: ‘‘That’s not what we are talking about here.’’ 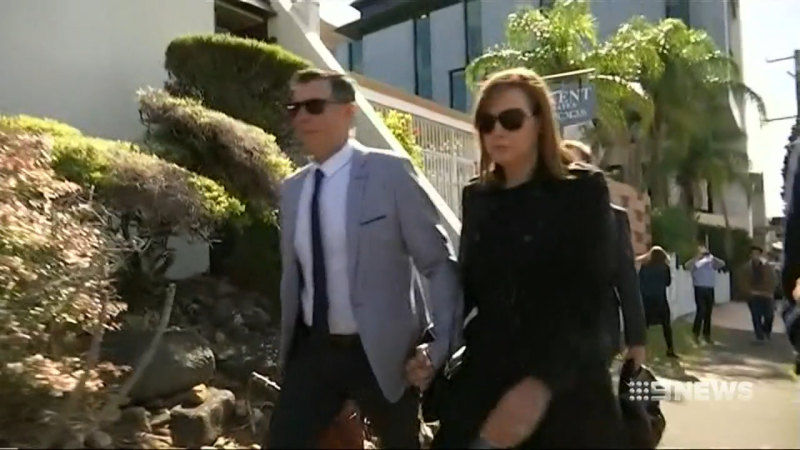 Pell’s lawyers have lodged 13 key points that argue why the jury should have had a reasonable doubt, and prosecutors have lodged submissions rebutting each of the points.

Prosecutors say Pell didn’t always greet churchgoers after mass and that on some occasions he did he was only outside for a few minutes.

Posted by the AGE.

Now it’s going to be interesting to see which direction this goes. Cardinal George Pell has been sentenced to 3 years behind bars for sexually assaulting 2 teenagers in the 80/90’s when he was the Archbishop of Melbourne and now he is appealing on behalf of no substantial evidence against his crimes.

In my honest opinion, I with many others believe that he is guilty and I wouldn’t be surprised how many other children he did it to. But this is my opinion so take it with a grain of salt.